PAAS Contact: Mike Strieter 301-440-5294, Email: strieterstinson@verizon.net  VOLUNTEERS WANTED for next year! This is your opportunity to get involved in a good group with a fine history.

Yes, the weather hurt us again with only 20 planes flying in, but as you’ll see by the pictures below, it was still a very satisfying day. Heavy fog early became a low ceiling until we started seeing some blue patches around 10:30. It’s often the case that there will be weather around us while we remain dry. Helen Woods was the first to arrive – in a Searey from Bay Bridge, she said she made it by following the river at 100’ (hopefully an exaggeration). Planes trickled in and finally the eventual award winners arrived with Mike Pangia’s Bird bringing up the rear. PAAS postponed ending the judging to accommodate the stragglers. Many locals drove in, filling up the parking lot and keeping the Millington Fire company food stand busy. The weather cleared from the south with the heavy rains well north of us in PA. Joe Flood made it from South Jersey in his RV-4, I can’t believe he does it in 15 minutes though. Eventually the sun came out, surprising some of us with a real sunburn.

Massey Aerodrome has initiated an award of it’s own for 2017 – The “Massey Choice Award” from the Massey Air Museum presented to the airplane that best exemplifies the Spirit of Grassroots Aviation. This is in addition to the Awards from the Potomac Antique Aero Squadron. The winner received a bottle of Chandelle Winery Aviation History Labeled Sauvignon Blanc along with a certificate thanking the recipient for honoring Massey with the presence of their beautifully restored aircraft. Started by the family of Hap Arnold, the Chandelle Winery ceased production this year after 30 years and so this is the last availability for this wine (we have stashed away a few bottles for next year and the near future).

Our choice was an easy decision, we unanimously chose the 1930 Brunner-Winkle Bird BK (N727Y), belonging to Mike Pangia of Poughkeepsie, NY. This plane has a special attraction for us because it was restored not that far from here by Joseph & Anna Fichera (Kentmoor Air Park) of Stevensville, MD. This is the actual airplane that Charles Lindbergh bought for his wife, Anne Morrow Lindbergh, in which to teach her to fly. It had the reputation of being an honest handling plane.

I think you’ll agree that the following pictures show what a great day it turned into, despite the threatening weather early on. Thanks to all who attended! 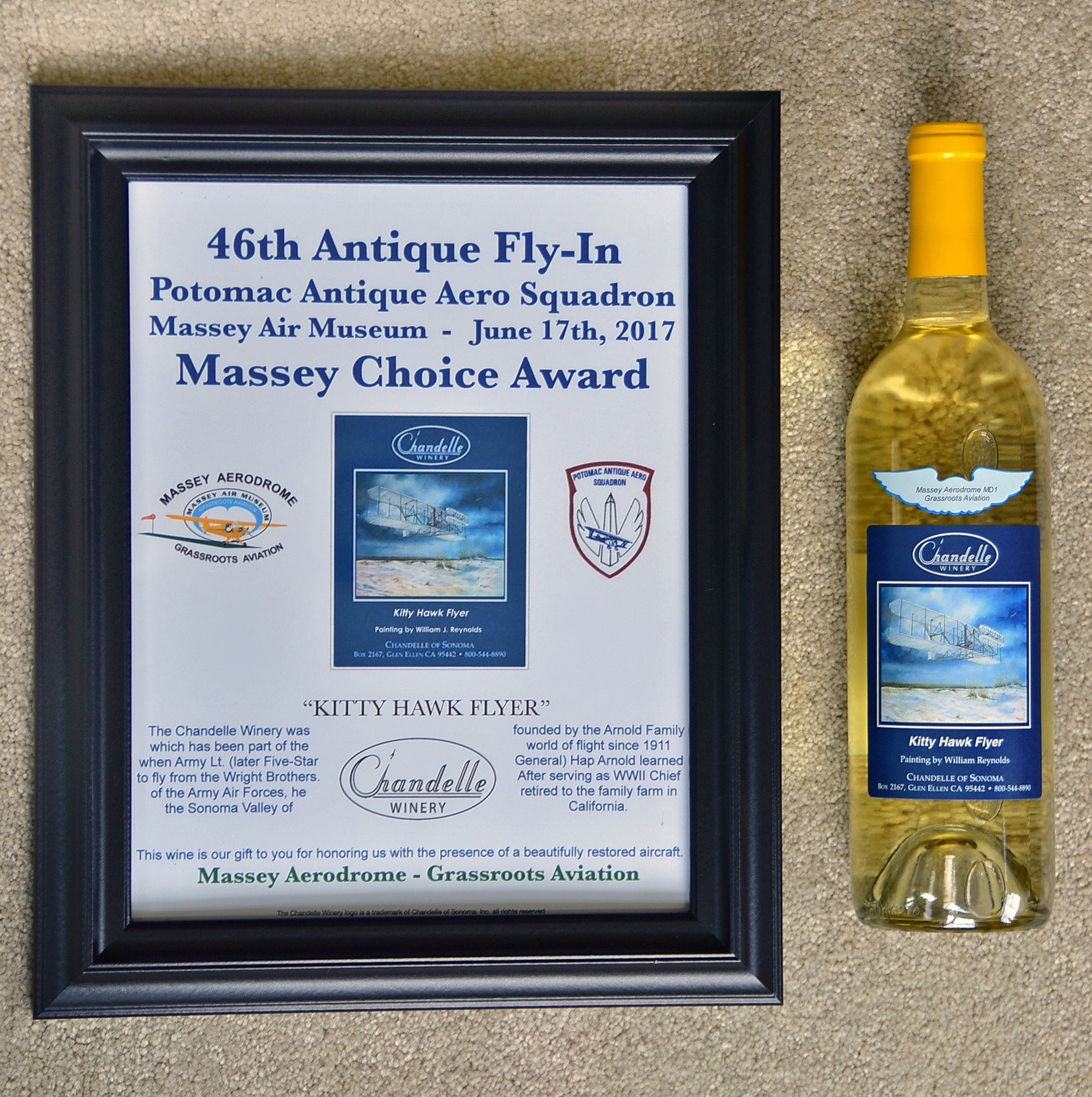