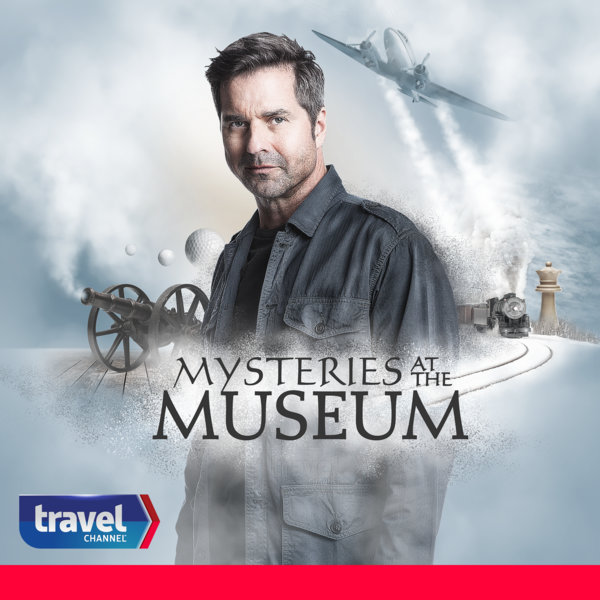 First off, the image above has nothing to do with our episode. As you may recall, last December a remote location crew from “Mysteries at the Museum” came to Massey to shoot background footage for an episode to air approx. 6 months later. The episode finally aired on July 6th, 2017 and is scheduled to repeat on Sat. Sept. 2 at 9 AM EST – after that you will have to be persistent to find it.   The episode is: Season 15, Episode 10

“Don Wildman showcases a pocket watch used by a ruthless gangster in 1920s Chicago, an aircraft that disappeared over Australia after encountering a UFO, and the first daredevil to brave Niagara Falls.”

We are featured in the second 8 minute segment of the episode –   “A Cessna 182 that disappeared over Australia after encountering a UFO” and have little more than a minute of time on air – but something is better than nothing. It starts with Don Sloan’s Stearman buzzing the field, a couple shots inside the museum (the ejection seat for some unknown reason?), Nick’s hands cranking open the hangar door, C182 fast taxi and ends with about 5 seconds of time lapse of clouds passing over the C182 sitting in the grass (they spent a couple of hours recording the time lapse). The premise of the segment is (very) hokey but again it’s basic cable!