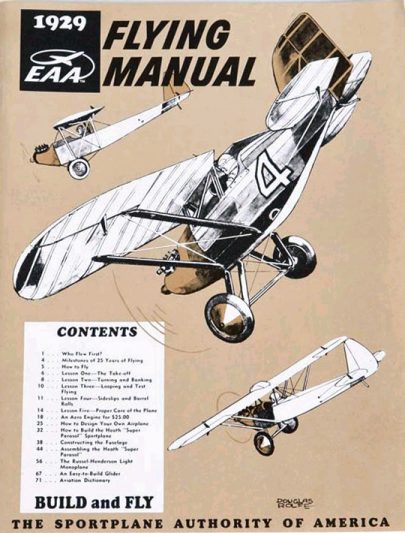 Caption above: 1929 Flying & Glider Manual (Reprint of original Building and Flying Manuals published from 1929 to 1933 by Modern Mechanix and Inventions). The Russell-Henderson Light Monoplane is shown lower right on the cover.

In late June, Rusty Lowry picked up a 1929 Russell Light Monoplane project in Middletown, VT that was donated by John and Elizabeth Barton. The Russell Light Monoplane is a plans-built design dating to 1929, when the plans could be obtained through Flying & Glider Manual, The Sportplane Authority of America and other publications. It was intended to use a converted 4-cylinder Henderson motorcycle engine for power and built of wood with wire bracing much like a World War I Jenney. Covered with fabric, the Russell was relatively easy and inexpensive to build though it was never intended for tall people to fly it as it is really small! Our example, although never completed (fuselage structure & wings only, no fabric or engine), was in storage for more than 80 years but the wood is still in great condition.
Henderson was a manufacturer of 4-cylinder motorcycles from 1912 until 1931. They were one of the largest and fastest motorcycles of their time. Many of the Henderson “DeLuxe” engines were converted by the Heath Airplane Company as Model B-4s which featured a modified lubrication system, different valves, and removal of the transmission. The B-4 mainly powered the small and economical Heath Parasol monoplane, which Heath sold in kit form for homebuilders in the 1920s and ‘30s. https://airandspace.si.edu/collection-objects/heath-henderson-b-4-line-engine
Power rating: 30 hp at 3,000 rpm
Displacement: 83 cu in
Weight: 119 lb

3 Images below are of the  Salmson powered Russell at the Kelch Museum, Brodhead, WI. http://www.kelchmuseum.org/collection/1932-russell-lightplane/ 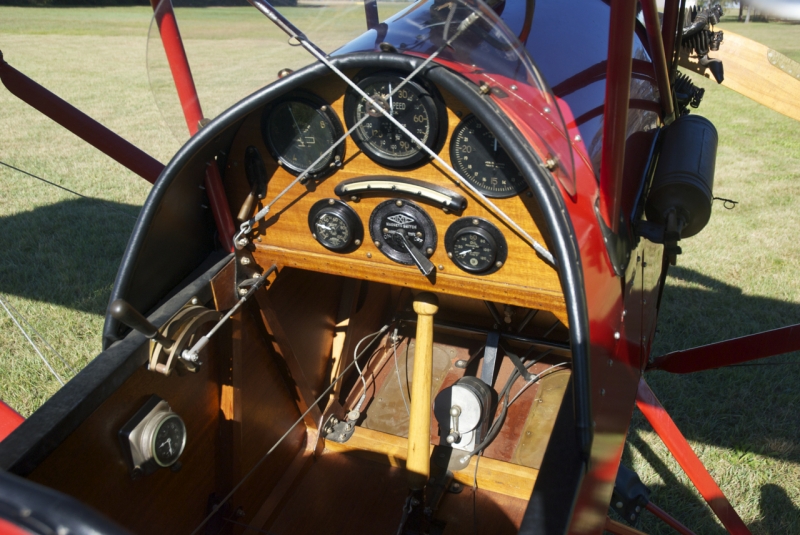 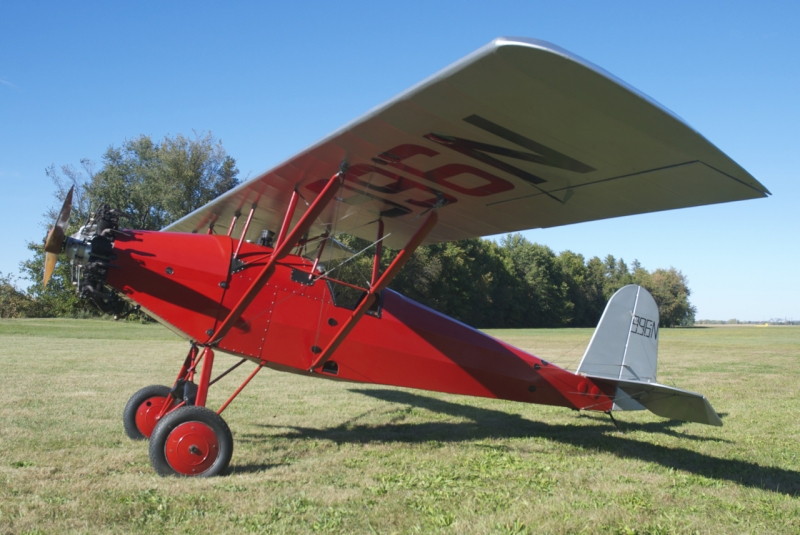 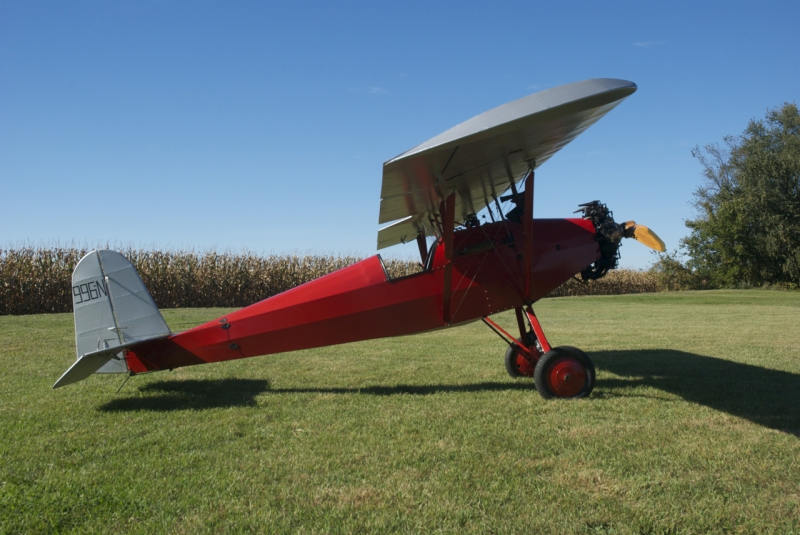